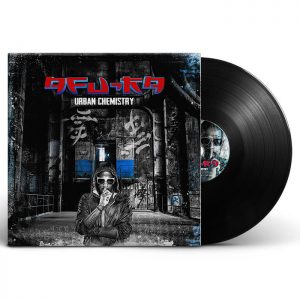 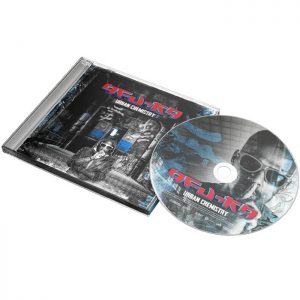 Urban Chemistry is a feat on many levels for veteran rap stalwart Afu-Ra. With more than 25 years in the game, he continues to push himself artistically and find new areas to conquer musically. And on these 18 tracks, he and French producer duo Digital Cut serve as our guide through raw boom-bap, soulful hip-hop, club-ready pop, somber reggae, and so much more. It’s an epic journey for all involved, and it gets to the heart of what Afu wants to achieve: connection.

“My music has always been an effort to unify people throughout the world,” the NYC native explains. “And I don’t think there would be a better way to achieve this then by collaborating with artists from all over the world.” To prove his point, Afu enlisted the help of talented vocalists and emcees from just about everywhere. On the radio-friendly “Firetricity,” he trades vocals with living legend Sizzla (Jamaica) And on the aptly titled “Lyrics Fly,” Afu blacks out lyrically alongside French rap king Lord Kossity. But there are familiar collabos, too, like when he teams with fellow Gang Starr Foundation emcee, Big Shug for the album’s title track.

The globe-trotting continues from there, and it actually goes beyond just the songs on the record. Afu and Digital Cut, in collaboration with the brand Canna, actually travelled to 15 cities in eight different countries to film music videos for every track on Urban Chemistry. To date, the rollout has included a stylish Los Angeles jaunt for “Reign On Me” (feat. Mann) and a trip to France for “Rise Up” (feat. Lyricson), among others.

And to coincide with the album’s release, Afu continues his global adventures with the beautifully shot video for “Molecular,” directed by Castaka Pictures. The journey begins on the streets of Colombia where Afu is joined with Rocca (of Tres Coronas), followed by his trip back to France where he connects with Jamaican reggae artist, Jah Mason on the scenic French Alps.

Urban Chemistry is an altogether ambitious project for Afu, and it arrives at a time of pure creativity for the longtime artist. As he says himself, “The resurgence of my career with this new album was prompted by my desire to bring back quality music into the hip-hop industry.” It’s safe to say he exceeded his goal with this record.

Urban Chemistry is available now through all major DSPs and can be purchased on vinyl, as well as compact disc through X-Ray Production